Vernon E. Jordan, Jr. was a managing director of Lazard Frères & Co. LLC in New York. Before his work at Lazard, he served as a senior executive partner with the law firm of Akin, Gump, Strauss, Hauer & Feld, L.L.P in Washington, D.C., where he remains of counsel.

Jordan’s autobiography covers his fascinating life from childhood through the 1980s, including the Civil Rights era, during which he played a prominent role. In the 1960s, Jordan was an advocate for the desegregation of Georgia’s colleges and helped escort a female black student through an angry mob when the University of Georgia was desegregated. He also participated in the White House Conference on Civil Rights.

Born in Atlanta, Jordan graduated from DePauw University, where he was the only black student in his class, and he earned his law degree form Howard University. He was a member of the American Bar Association, the National Bar Association and The Bilderberg Meetings. Jordan held honorary degrees from more than 50 colleges and universities and also sat on the board of directors for many major corporations. 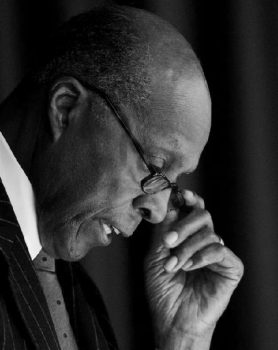