Winner of the 1967 Pulitzer Prize, The Problem of Slavery in Western Culture depicts the various ways different societies have responded to the intrinsic contradictions of slavery from antiquity to the early 1770s in order to establish the uniqueness of the abolitionists’ response. While slavery has always caused considerable social and psychological tension, Western culture has associated it with certain religious and philosophical doctrines that gave it the highest sanction. The contradiction of slavery grew more profound when it became closely linked with American colonization, which had as its basic foundation the desire and opportunity to create a more perfect society.

Davis provides a comparative analysis of slave systems in the Old World, a discussion of the early attitudes towards American slavery, and a detailed exploration of the early protests against Negro bondage, as well as the religious, literary, and philosophical developments that contributed to both sides in the controversies of the late eighteenth century. This exemplary introduction to the history of slavery in Western culture presents the traditions in thought and value that gave rise to the attitudes of both abolitionists and defenders of slavery in the late eighteenth century as well as the nineteenth century.

David Brion Davis is the Sterling Professor of History Emeritus at Yale University, founder and Director Emeritus of Yale’s Gilder Lehrman Center for the Study of Slavery, Resistance, and Abolition, and past President of the Organization of American Historians. The author and editor of sixteen books, winner of the Pulitzer Prize, Bancroft Prize, and the National Book Award, Davis has played a principal role in explaining to a broad audience the latest historiography. His books emphasize religious and ideological links among material conditions, political interests, and new political values. Ideology, in his view, is not a deliberate distortion of reality or a façade for material interests; rather, it is the conceptual lens through which groups of people perceive the world around them. 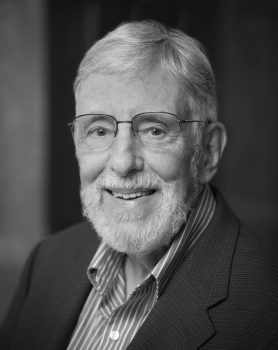