This book is a good history of Indian life in the Americas before and after Columbus. The author, who was U.S. Commissioner of Indian Affairs under FDR, is a clear admirer of the native cultures. Collier writes that the twin tasks of any culture are to “shape” nature and human nature. The Indians managed both tasks well until the Spanish came to South and Central America and the pre- and post-colonial settlers pushed their way across the North American continent. The dominant white man culture destroyed this relationship with nature and, in the process, destroyed much of the native culture as well.

Although this is a familiar story to us today, it was likely a challenging theme when Collier wrote this book (1947). With much feeling and detail, he provides a negative perspective on “the crown and the church” in the Americas below the Rio Grande and on the role of greed and inhumanity in our own country’s history. While Collier notes the role of epidemics, his view is that the Indian populations were decimated by the destruction of the native cultures, and by forced labor under extreme hardship conditions. In short, Indians above and below the Rio Grande were not regarded as people.

John Collier, noted American social worker, anthropologist, and author, was educated at Columbia and the Collège de France. After holding several positions in community organization and social work training, he became active in Native American affairs in 1922. Collier was editor of the magazine American Indian Life from 1926 until 1933, when he was appointed commissioner of Indian Affairs, a position he held for 12 years. In addition to works in verse, he wrote Indians of the Americas (1947) and On the Gleaming Way. 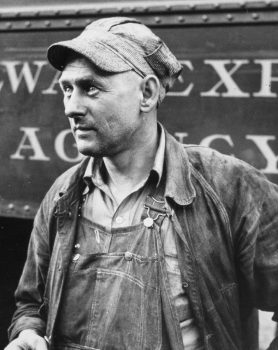