Toi Derricotte was born in Hamtramck, Michigan, in 1941. Her books of poetry are Tender (1997), winner of the 1998 Paterson Poetry Prize; Captivity (1989); Natural Birth (1983); and The Empress of the Death House (1978). Her The Black Notebooks, a literary memoir (W.W. Norton, 1997), won the 1998 Anisfield-Wolf Book Award for Non-Fiction and was a New York Times Notable Book of the Year. Her essay, Beginning Dialogues, is included in The Best American Essays 2006, edited by Lauren Slater. Of her poems, Audre Lourde wrote, “Because the power of her images breeds visions which are neither easy nor inescapable, Toi Derricotte moves us…The pain does not exceed the power.”

Her honors include the Lucille Medwick Memorial Award from the Poetry Society of America; two Pushcart Prizes; the Distinguished Pioneering of the Arts Award from the United Black Artists; the New York Graduate School of Arts & Science Alumni Achievement Award; the Barnes & Noble Writers for Writers Award from Poets & Writers, Inc.; the Elizabeth Kray Award for service to the field of poetry from Poets House; and fellowships from the National Endowment for the Arts, the New Jersey State Council on the Arts, the Rockefeller Foundation, the Guggenheim Foundation and the Maryland State Arts Council.

With Cornelius Eady, in 1996, she co-founded Cave Canem Foundation, North America’s premier “home for black poetry.” She is a Professor of English at the University of Pittsburgh. 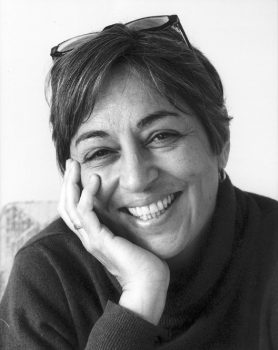