The Aryan Myth: A History of Racist and Nationalistic Ideas in Europe is a fascinating account of the development of the Aryan myth and European racial ideology. The author’s research is very good and provides much insight into the development of racialist and nationalist ideology. This book is divided into two sections: “Early Myths of Origin”, focusing on the Aryan myth within individual European nations, and “The Myth of Aryan Origins”, focusing on the Aryan myth as it developed from the medieval period through the Enlightenment and into the Twentieth century.

The Aryan myth proved to be particularly disastrous for European history given the horrors inflicted by the Nazi and Fascist regimes. It is also interesting to note the contrast between the earlier biblical mythology surrounding the origins of the races and the later Darwinistic usurpation of that mythology as the Aryan myth came to be perverted by Hitler and his Nazi cronies. This book provides a fascinating glimpse at the role of myths in the development of nationalisms. In particular, we see how racial mythology (the myth of Aryan origins) was exploited by opportunists in the Twentieth century to create totalitarian regimes. The book is encyclopedic in scope and is sure to provide the definitive account, tracing the development of Aryan mythology in European history.

Léon Poliakov was a historian who wrote extensively on the Holocaust and anti-Semitism. Born into a Russian Jewish family, Poliakov lived in Italy and Germany until he settled in France. He co-founded the Centre de Documentation Juive Contemporaine, established to collate documentation relating to the persecution of Jews during World War II. He also assisted Edgar Faure at the Nuremberg Trial. Poliakov went on to serve as director of research at the National Center for Scientific Research. According to historian Jos Sanchez, Poliakov was the first scholar to critically assess the disposition of Pope Pius XII toward various issues connected to the Holocaust. In 1950, Poliakov wrote “The Vatican and the ‘Jewish Question’ – The Record of the Hitler Period And After,” in the influential Jewish journal Commentary. While this article was the first to consider the attitude of the papacy during World War II and the Holocaust, it was not until 1963, when German playwright Rolf Hochhuth published his play Der Stellvertreter that discussion of Poliakov’s initial investigations in this area took on worldwide significance. 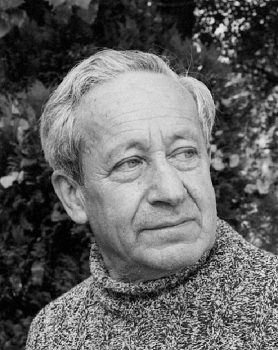