Leopold Infeld was a Polish physicist who worked mainly in Poland and Canada. He was a Rockefeller fellow at Cambridge University and a member of the Polish Academy of Sciences. He was born into a family of Polish Jews, in Krakow which at that time was located in the Austro-Hungarian Empire, to become part of independent Poland in 1918. He studied physics at the Jagiellonian University and obtained his doctorate there in 1921. He was interested in the theory of relativity. He worked together with Albert Einstein at Princeton University (1936–1938). The two scientists co-formulated the equation describing star movements. He was awarded a doctorate at the Jagiellonian University (1921), worked as an assistant and a docent at the University of Lwów (1930–1933) and then as a professor at the University of Toronto between 1939 and 1950.

After the first use of nuclear weapons in 1945 Infeld, like Einstein, became a peace activist. Because of his activities, he was unjustly accused of having communist sympathies. In 1950 he left Canada and returned to communist Poland. He felt he had an obligation to help the science in Poland recover from the ravages of the Second World War. In the strongly anti-communist climate of the time many in the Canadian government and media feared that, working in a communist country, he would betray nuclear weapons secrets. He was stripped of his Canadian citizenship and was widely denounced as a traitor. In actuality, Infeld’s field was the theory of relativity—not directly linked to nuclear weapons research.

Upon his return to Poland, Infeld became a professor at the University of Warsaw, a post he held until his death. Infeld was one of the 11 signatories to the Russell-Einstein Manifesto in 1955, and is the only signatory never to receive a Nobel Prize. Infeld also wrote with Einstein The Evolution of Physics, a widely read history of physical theory from the 17th century to the 20th. 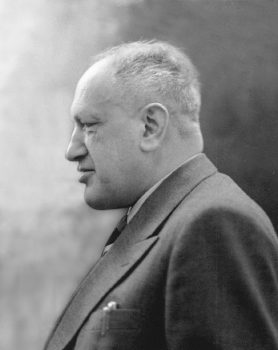