Ottley grew up in New York City and went to St. Bonaventure University in western New York state in 1926. He was one of the first blacks to go there, and was recruited to run track, at which he excelled. He later transferred to the University of Michigan to study journalism. He became a columnist, sports and theater editor for the Amsterdam News and was fresh from the success of a book called New World A-Coming, a description of African American life, when, according to the review, he parlayed that success into a military commission and a prolonged stint as a war correspondent publishing regularly with the labor newspaper PM as well as the Pittsburgh Courier.

After the war, he continued to cover international events…experiences from his travels provided the raw material for his book No Green Pastures, a comparative study of American and European race relations that was published in 1951. Ottley was writing columns and editorials for the Chicago Tribune, the Chicago Defender and Ebony magazine when he died of a heart attack in 1960. He was only 54. 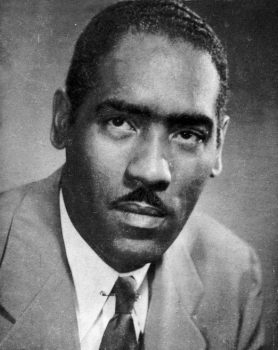