Louis Adamic was a Slovenian American author and translator. In his early school years he joined a secret students’ political club associated with the Yugoslav Nationalistic Movement that had recently sprung up in the South-Slavic provinces of Austria-Hungary. Swept up in a bloody demonstration in November 1913, Adamic was briefly jailed, expelled from school, and barred from any government educational institution. He was admitted to the Jesuit school in Ljubljana, but was unable to bring himself to go. “No more school for me. I was going to America,” Adamic wrote. “I did not know how, but I knew that I would go.”

On December 31, 1913, at the age of 14, Adamic emigrated to the United States. He settled in the Croatian fishing community of San Pedro, California. He became a naturalized United States citizen in 1918. At first he worked as a manual laborer and later at a Yugoslavian daily newspaper, Narodni Glas (The Voice of the Nation), that was published in New York. As an American soldier he participated in combat on the Western front during the First World War. After the war he worked as a journalist and professional writer

All of Adamic’s writings are based on his labor experiences in America and his former life in Slovenia. He achieved national acclaim in America in 1934 with his book The Native’s Return, which was a bestseller directed against King Alexander’s regime in the Kingdom of Yugoslavia. This book gave many Americans their first real knowledge of the Balkans. Adamic received a Guggenheim Fellowship award in 1932.

During the Second World War he had supported the Yugoslav National liberation struggle and the establishment of a socialist Yugoslav federation. He founded the United Committee of South-Slavic Americans in support of Marshall Tito. From 1949 he was a corresponding member of the Slovenian Academy of Sciences and Arts. 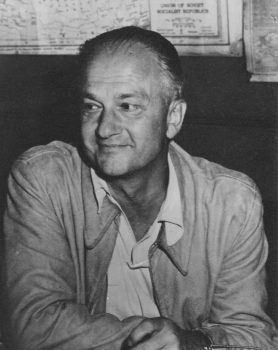