Black Like Me is a non-fiction book by journalist John Howard Griffin first published in 1961. Griffin was a white native of Mansfield, Texas and the book describes his six-week experience traveling on Greyhound buses (occasionally hitchhiking) throughout the racially segregated states of Louisiana, Mississippi, Alabama, and Georgia passing as a black man. Sepia Magazine financed the project in exchange for the right to print the account first as a series of articles.

Griffin kept a journal of his experiences; the 188-page diary was the genesis of the book. In 1959, at the time of the book’s writing, race relations were particularly strained in America; Griffin’s aim was to explain the difficulties facing black people in certain areas. Under the care of a doctor, Griffin artificially darkened his skin to pass as a black man.

In the autumn of 1959, John Howard Griffin went to a friend’s house in New Orleans, Louisiana. Once there, under the care of a dermatologist, Griffin underwent a regimen of large oral doses of the anti-vitiligo drug Methoxsalen, trade name Oxsoralen, and spending up to fifteen hours daily under an ultraviolet lamp. To complete the illusion, Griffin used dyes to cover uneven areas and closely cut his hair. He also shaved the back of his hands to further protect his guise.

During his trip, Griffin made it a rule that he would not change his name or alter his identity; if asked who he was or what he was doing, he would tell the truth. In the beginning, he decided to talk as little as possible to ease his transition into the “black world”, i.e., the social milieu of southern U.S. blacks. He became accustomed everywhere to the “hate stare” received from whites.

An episode on the bus reveals the climate of the times. Griffin began to give his seat to a white lady on the bus, but disapproving looks from black passengers stopped him. He thought he had a momentary breakthrough with the lady, but she insulted him and began talking with other white passengers about how sassy “they” were becoming.

Black Like Me made Griffin a national celebrity for a time. In a 1975 essay included in later editions of the book, Griffin described the hostility and threats to himself and his family which emerged in his own Texas hometown. He eventually was forced to leave America and moved to Mexico. Throughout his life, Griffin lectured and wrote on race relations and social justice. 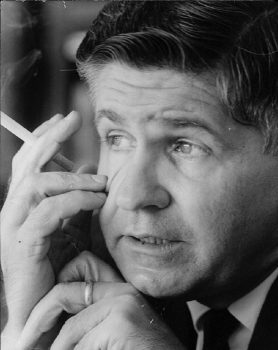