Daughter of a Dutch mother and Chinese father, Elizabeth Chou assumed the pseudonym Han Suyin, meaning “the Chinese gamble-for liberty.” Suyin was profoundly sympathetic to the government of Mao Tse Tung and the problems of the Chinese people. In response to Western critics of her work, Suyin explained, “I write as an Asian, with all the pent-up emotions of my people. What I say will annoy many people who prefer the more conventional myths brought back by writers on the Orient. All I can say is that I try to tell the truth. Truth, like surgery, may hurt, but it cures.”

A Many-Splendoured Thing (1952) describes her tragic love affair with a British newspaper correspondent in the context of military and social conflict and also explores problems of bicultural parentage. Considered by many critics to be Suyin’s most compelling book, A Many-Splendoured Thing won the Anisfield-Wolf Award in 1953. Twentieth-Century Fox filmed the story in 1955, calling it “Love is a Many-Splendoured Thing,” and a daily CBS television series by the same title premiered in 1967. Suyin has written more than fourteen additional books that combine social commentary, autobiography, and biography of persons such as Communist revolutionary Chou En-lai.

Suyin was born in Sinyang, China in 1917. She received her undergraduate education from Yenching University and the University of Brussels. In 1938 she married a Kuomintang officer who was killed in 1947. After studying medicine at the University of London, where she graduated with honors, Suyin worked as a doctor in Hong Kong during the Korean War. She later served for ten years at an anti-tuberculosis clinic in Malaysia. In addition to practicing general medicine, Suyin has been a lecturer in contemporary Asian literature, language, and psychology at Nanyang University. 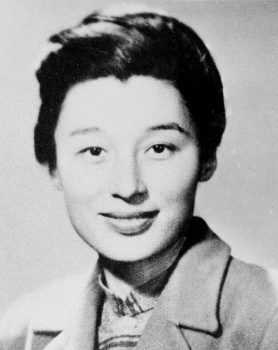