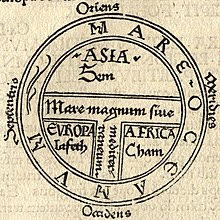 “Maybe it’s not possible to create reasonable female comic-book superheroes, since their origins are so tangled up with magazines for men,” writes Lepore, who won a 2006 Anisfield-Wolf prize for New York Burning. “True, they’re not much more ridiculous than male superheroes. But they’re all ridiculous in the same way.”

G. Willow Wilson, one of the creators of A-Force, responded on her Tumblr: “I imagine Dr. Lepore and I want the same thing: better, more nuanced portrayals of women in pop culture. What I don’t understand is why someone in her position would, from her perch a thousand feet up in the ivory tower, take pot shots at those of us who are in the trenches, doing exactly that.”

Wilson is a writer for the best-selling comic Ms. Marvel, which features a Muslim teen with shape-shifting powers, and she objected to the porn-star characterization head-on: “None of them are in the sexually objectified contortions that have become standard issue in recent decades. They are, in other words, posed the way their male colleagues are typically posed. They are posed as heroes.”

With a new year comes new reading lists. We at Anisfield-Wolf rounded up some of the new and not-so-new books we’d like to read over the next few weeks. If this proves popular, we’ll keep adding books here as suggestions and have a discussion about what we’ve enjoyed over on our Facebook page.

Jill Lepore – The Mansion of Happiness 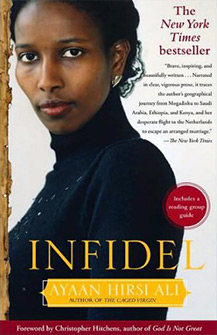 In an extremely heated election season, sometimes it’s worth taking a moment to breathe. With millions being spent in ads on both sides, it’s clear that messaging is powerful in terms of getting people to vote for your side. But has the rhetoric gotten nastier? Are we seeing a new “low” in campaign ads or is this just the nature of politics?

Historian Jill Lepore (2006 Anisfield-Wolf award winner) explored the history of presidential campaigns at the 2012 New Yorker festival. In the short clip, she compares an ad from the 2008 election to a campaign ad from 1800. Can you name a few differences? Watch the clip and see.

Our “New On The Bookshelf” series highlights new works from past Anisfield-Wolf authors.

It’s a question many of us don’t like to think about that often: What happens when we die? But 2006 nonfiction winner Jill Lepore’s new book takes it a step further, analyzing our role in creating life—and death. In her new book, The Mansion of Happiness: A History of Life and Death, Lepore takes what could be an austere topic and infuses it with lots of surprises along the way. Lepore’s book couldn’t be more timely, particularly in today’s political climate, where debates over health care, birth control and abortion often take center stage.

In an interview with Newsday, Lepore discusses why this type of book is important:

There’s been a massive change in our orientation from looking for answers in the past to looking for answers in the future. We subscribe to this scientific, linear narrative of progress: Whatever is difficult about growing older, or dying, or raising children, will be solved at some future point. We subscribe to this notion so wholly that we forget this way of thinking is new. I try to pull back and show what’s lost when we don’t look backward; I think there is wisdom to be found in the study of how people long before us wrestled with these questions.

Read the rest of the interview here.

In the video above, Jill Lepore tackles the meaning of life (a modest topic, she says dryly) in a recent talk at Harvard. “Most questions about life and death have no answers, including notably these three: How does life begin? What does it mean? What happens when we die? No one has ever answered these questions and no one ever will. But everyone tries. Trying is the human condition. And history is the chronicle of the asking.”

Jill Lepore doesn’t think so. As part of a series of discussions sponsored by the Center for Civil Discourse at the University of Massachusetts, the 2006 Anisfield-Wolf winner shares her thoughts on whether our society is more or less civil than any other period in society.