Every evening in her four-story Brooklyn townhouse, author Jacqueline Woodson and her partner gather their family around for a meal and a ritual: Each person shares one act of kindness they’ve given that day — and one way kindness found its way back to them.

Celebrated for Brown Girl Dreaming and Another Brooklyn, Woodson, 53, writes literature with family at its core.  Each Kindness, her 2012 picture book, considers two schoolgirls and a missed chance at friendship. “How does one walk through this world and be kind without even giving it a second thought?” Woodson said she wondered as she wrote the work.

With wit and warmth and a bit of edge, Woodson told a packed auditorium in Beachwood, Ohio, how she thinks on the page and in person about “identity, empathy and belonging.”  Her hosts — Beachwood City Schools, Hawken School, Laurel School and the Cleveland office of Facing History and Ourselves — collaborated to prepare their students for Woodson’s visit. The educators want to foster empathy and belonging in “our divided country,” as Hawken’s headmaster Scott Looney put it.

In writing more than 30 books, Woodson said she said she works to quench young readers’ thirst for texts in which they can see themselves: “For a lot of people of color, we have had a long history of windows and very few mirrors. I wanted to grow up and fill that hole and. . .have it overflowing.”

Woodson recited from memory the opening pages of Brown Girl Dreaming that recount her birth in Columbus, Ohio. She grew up a voracious reader in South Carolina and New York City. She insisted that it was opportunity, not talent, that propelled her from her Bushwick neighborhood to win a National Book Award in 2014 and become the Young People’s Poet Laureate for the Poetry Foundation.

“You throw a stone [in Bushwick] — you’ll hit 25 Jacqueline Woodsons. It’s not like I’m some superstar. I was lucky,” she said. “But there were so many creative geniuses in my neighborhood — people who danced, who sang, people who should have been judges or at least really good lawyers.”

Joking that dyslexia had caused her to approach the stage in the wrong direction, Woodson highlighted her adaptive behaviors: “I am a very slow reader and a slow writer. I read everything out loud.”  She said she wrote Brown Girl Dreaming in verse because that was how her memory works, and she primes it by reading poetry and listening to eclectic music, sampling Black Eyed Peas and Glen Campbell and Tupac all in one sitting.

She was also generous in citing other writers, quoting Audre Lorde, James Baldwin, Kwame Alexander and the documentary filmmaker Raoul Peck, whose new movie “I Am Not Your Negro” releases February 3.  And she is an enthusiast for family viewing of “Black-ish,” a television series she named the best of 2016 for the New York Times. (The Woodson clan chaffs as it waits a day after it originally airs to catch it on their streaming service.) “We love it more than anything else that has ever been on television,” she wrote. But the real appeal is its role as a conversation starter. 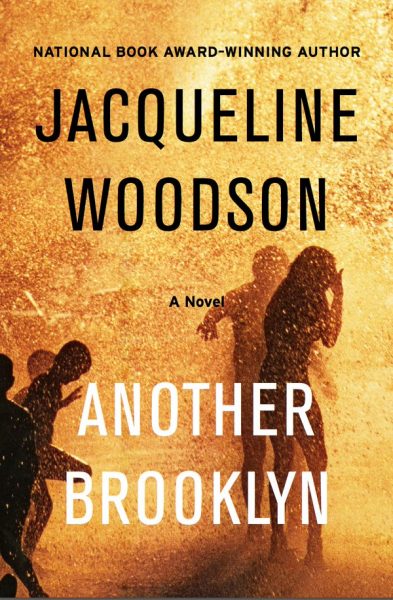