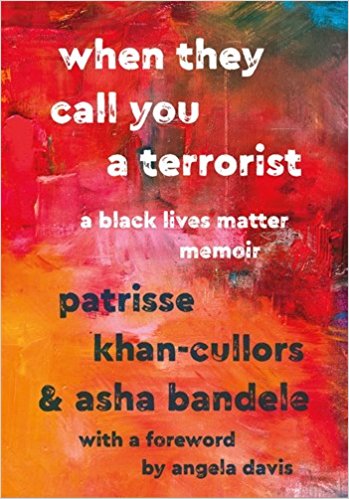 Kenneth Warren, a University of Chicago literature professor, asked a gathering of students and faculty in Cleveland this fall to reflect on a famous 1968 classroom experiment – the one that teacher Jane Elliott created as a “Blue Eyes/Brown Eyes” exercise with her Iowa third-graders.

The day after the assassination of the Rev. Martin Luther King, Jr., Elliott divided her class between brown and blue-eyed children, arbitrarily declaring that brown eyes were better.

“The results are almost immediate and remarkable,” Warren said, recalling a famous documentary made about the experiment. “Students with brown-eyes began to treat students with blue eyes, some of whom they had, until that moment, regarded as best friends, as if they are indeed inferior and pariahs, while students with blue eyes began to behave diffidently and sullenly, and, when prompted, readily attribute any mistake or misstep they make to their having blue eyes.”

What’s more astonishing is that Elliott announced the next day that she made an error, and that blue-eyed people are superior. As Warren describes it, “her students do not balk at the seemingly arbitrariness of what has occurred, but rather repeat the previous day’s dynamic.”

Warren, an expert on Ralph Ellison, is a scholar deeply interested in the connections between literature and history. His books include “So Black and Blue: Ralph Ellison and the Occasion of Criticism” and “What Was African American Literature?” which describes its subject as a phenomenon of the Jim Crow era from 1890 through the 1960s.  This stance provoked objections from some readers when Warren previewed it in the Chronicle of Higher Education.

In Cleveland, Warren describes Elliott’s exercise as “innocent of history,” in fact, anti-historical in reversing the brown eyed/blue eyed equation. This emphasis on process instead of context points to “a problem that has bedeviled progressive thought at least since the critique of essentialism took center stage in the 1970s. This problem can be expressed quite simply as the observation that despite the fact that we thought we had the correct critique of it (it’s a social construction, not a biological fact), race has persisted as a way of organizing cultural and social life, and racism continues to persist as a social fact.”

In a gentle voice, wearing a black jacket over jeans, Warren turned to works of both fiction and nonfiction to illuminate this conundrum.  He quoted from the book by Karen Fields and Barbara Fields called “Racecraft: The Soul of Inequality in American Life.”  The writers align racecraft with witchcraft: powerful systems of belief that people act upon as given truths.

Warren spent much of his lecture drawing upon William Faulkner’s 1948 anti-lynching novel, “Intruder in the Dust.” It is the story of a young white boy, Chick Mallison, who is rescued from an icy creek through the intercession of a black man, Lucas Beauchamp. In the process of drying off and accepting Beauchamp’s food and shelter, Chick’s encounter with what he has assumed were “Negro” food and smells is a revelation. The boy confronts, as Warren argues, “the reality that what he assumed to be innate and given, was, in reality conditional and contingent.” This insight corrodes Chick’s birthright supposition that “to be a Southerner would be forever to smell the odor of Negro subordination as part of one’s heritage.

Gesturing frequently with his glasses, Warren drew his listeners into considering the tension between group identity as a form of vibrancy and a system that preserves inequity.  “I am beginning to tread on the discursive territory occupied by #blacklivesmatter, whose name makes evident its concerns, and commentator Ta-Nehisi Coates in Between the World and Me and his Atlantic Monthly essay on reparations in which he demonstrates a preference for the term ‘the black body’ as a way of describing the target of American racial practices.”

Warren challenged his audience at Case Western Reserve University to think about whether the rhetoric of the Black Lives Matter movement is an echo of the “blue eyes/brown eyes” conundrum of Jane Elliott’s Iowa classroom.  What matters is not the putative color of our bodies or our lives, but the processes and mindsets that makes color matter. He pointed out that group identity works better for some groups than others, and “for those on the bottom, not so much.”

“When we talk about race, we tend to use words that make us comfortable,” comedian W. Kamau Bell told a crowd assembled at John Carroll University. “Words like ‘minority,’ ‘Caucasion,’ ‘colorblind.'” He paused. “We won’t be using any of those words tonight.”

Dressed in a button-down shirt and dark pants, Bell paced leisurely in front of roughly 200 students, community members and administrators as he presented “The W. Kamau Bell Curve,” the keynote of the university’s Rev. Dr. Martin Luther King Jr. celebration.

His talk — subtitled “Ending Racism In About An Hour” — was born of frustration in 2007. Bell’s comedy career was stalled, so he rented a theater in San Francisco to present a one-man show. It would be easier, in Bell’s estimation, to talk about race in a theater than a comedy club. His show caught comedian Chris Rock’s attention and landed Bell a show on FX, with Rock as executive producer. Totally Biased with W. Kamau Bell ran 64 episodes before its cancellation in 2013.

His “Bell Curve” show may be more than seven years old, but the material is still crisp. Bell sprinkles in breaking news and fresh controversies, making his remarks zing.

Born in Palo Alto, California, Bell moved a lot as a child. His reluctance to make new friends (he figured there was little point) helped him become comfortable being by himself. Young Kamau would immerse himself in comedy specials by his idols, including Eddie Murphy. Building off such influences and adding his own physicality, Bell carved a niche in political comedy, a space he doesn’t always claim as his own. “If you’re black and have opinions and those opinions don’t rhyme, then you’re political,” Bell told Buzzfeed in a 2013 profile.

At six-foot-four, Bell was described in Buzzfeed as “a born sloucher.”  In truth, Bell writes in Vanity Fair, he slouches to make himself appear smaller and less threatening.

Now in his early forties, Bell’s humor is piercing and current. Performing less than 15 miles from the spot where police shot and killed 12-year-old Tamir Rice in November, the comedian said “I was excited to see my black president say something. He hasn’t stepped up the way black people would like him to. But it doesn’t matter because we have to defend him due to the racial attacks leveled at him.”

On the John Carroll campus, Bell swung from topic to topic, riffing on diversity in Congress and secret black people meetings (“Don’t worry,” he told a couple black women in the front row, “I won’t tell them where the meetings are.”) He was quick to feed off crowd reaction, and to experiment with new jokes along with the tried-and-true.

Midway through his set, he listed racial words that are too soft, taking particular offense to the word “post-racial.”

“I can disprove the idea of post-racial in two words — Cleveland Indians,” Bell said to applause. “Do Native Americans get any benefit from that? Do they get 10% off tickets? No? Why can’t we just be respectful?” He added: “We wouldn’t name a team the Golden State Arabs . . . Wow, look how quiet it got in here.”

Bell’s take-home: American demographics are changing rapidly, and it’s time to get real about racism. “By 2050, the U.S. will be 30% Latino,” he said. A sole Latina clapped enthusiastically in the back of the auditorium. “That’ll be a lot louder in 2050,” Bell quipped.

Bell ended the evening by transitioning his set to his own family. He told the audience that his two children have given him a fresh lens through which to view himself. “When I first saw my daughter, I knew it was the first time somebody looked at me and didn’t think of me as black. I was just dad. Or, the one without the milk.”