Unlike most of us, illustrator Lisa Congdon kept her 2013 resolution, for the entire year. We—and the internet—are better for it.

In late 2012, Congdon, who lives and draws in Oakland, Calif., decided with writer Maria Popova (a Bulgarian living in Brooklyn, N.Y) to celebrate an influential woman each week in 2013. They titled the resulting collaboration, The Reconstructionists, and set up a Tumblr page to house their work: a new portrait and short essay on each of their subjects went live every Monday.

“We didn’t intend for this to be inclusive of all noteworthy women or even the top 52,” Congdon said. “That would have been impossible. We didn’t come close to featuring all the women we wanted to, but we are hoping we exposed people to women they might not have known about otherwise.”

The duo highlighted Margaret Bonds, the gifted black composer and pianist who was the first woman of color to perform with the Chicago Symphony. They featured blues singer Billie Holiday, NASA pioneer Sally Ride, and competitive swimmer Dana Nyad.

Congdon doesn’t plan to continue, though there is interest in turning the project into a physical book. For now, though, “it lives on the internet where people can learn from and enjoy it for a long time at no cost,” she said. “And that feels like a good thing to us.”

View some of our favorites from the collection below: 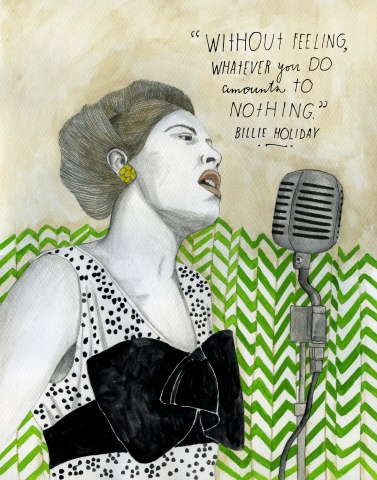 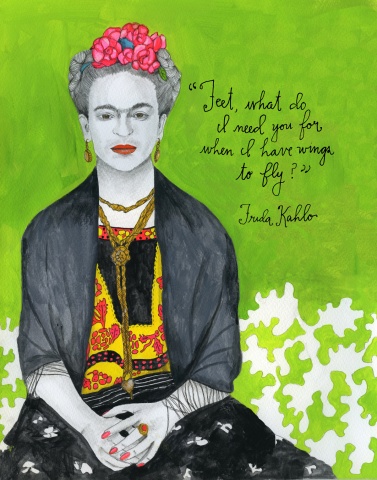 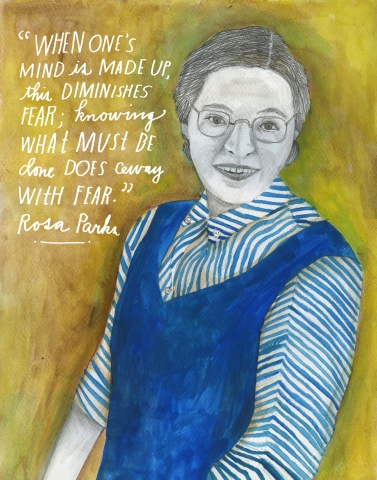 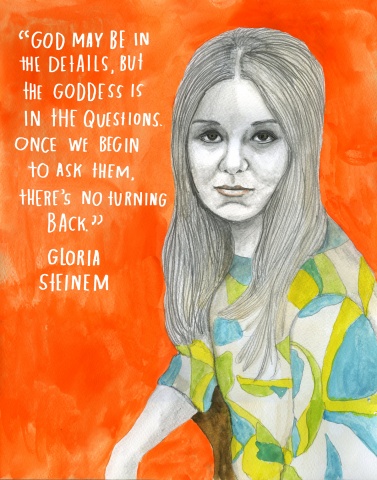 Photographer and artist Carrie Mae Weems paused in front of more than 600 rapt listeners in late August to take a question from a young woman about her series called “Ain’t Jokin,” excerpted in the current retrospective of her work at the Cleveland Museum of Art.

Weems had shown her Cleveland audience a slide of a black woman looking into a mirror asking who is the fairest of them all. The cutting retort in all capital letters: “Snow White, you black bitch, and don’t you forget it!”  Weems then repeated aloud another question posed in the 1988 “Ain’t Jokin” series: “What are the three things you can’t give a black person? Answer: a black eye, a fat lip and a job.”

Some in the audience gasped. “Humor has become a very important place for me to land,” Weems said evenly.

“Your joke series can be very jarring,” the young questioner began.

“It is really jarring,” Weems echoed her. “Nothing human is alien to me,” she continued, quoting the ancient Roman dramatist Terence. “I don’t think you need to be very, very knowledgeable to engage with art. Art changes lives all the time.”

It certainly has illuminated Weems, who said she was aware, as a seven-year-old in Portland, Oregon, that she wanted to create art. With her father’s blessing, she left home at 16 to try to make her way, landing as a performer in Anna Halprin’s progressive Dancer’s Workshop in San Francisco. It was 1969.

“A boyfriend, who was actually a jerk, gave me a camera on my 18th birthday,” Weems said. “I picked it up and I immediately had a sense of what I wanted to do.”
What she has accomplished has placed Weems, 60, among the most celebrated contemporary American artists.  Her photographs and

accompanying text explore justice and gender and race through bodies, often constructed tableaus, which reverberate with gestures toward history and culture.
So, for instance, she takes up a desegregation protest in Boston, placing documentary video of angry whites in juxtaposition with counterpart blacks, slows the footage and sets it to stunningly mournful music.  The result mesmerizes and haunts, making the viewer look again at what he or she assumes to know.

The exhibit, which was first shown at the Frist Center for the Visual Arts in Nashville, is free and open to the Cleveland Museum of Art public through September 29.  It collects more than 125 photographs, videos, and sound installations from the last 30 years of Weems’ work. One of the most famous and moving is “Kitchen Table,” a powerful black-and-white series completed in 1990 in which Weems explores relationships between women and men, and women and women.

The photos are hung alongside 14 panels of text that narrate a story of a 38-year-old woman with a “bodacious manner, varied talents, hard laughter, multiple opinions.”  Weems used herself as a model.

“Making ‘Kitchen Table” was one of the most profound experiences of my life,” Weems told her Cleveland audience. “It was coming, it was gushing, it flows and it went where it needed to go.”  She looked out at Robert P. Madison, 90, a pioneering Cleveland architect.  “I know Mr. Madison knows what I am talking about.”

Weems’ smile, her frankness, her erudition and her rich, alto voice demonstrated a gift for intimacy—a hallmark of her art. Weems said she believed that avoiding what makes us uncomfortable keeps us apart.

And then her smile broadens with candor.  “I only like people to a certain extent,” she added, “because usually they are a pain in the ass.”