Readers of Eugene Gloria’s poems have a cultivated patience, a relationship with time. It has been seven years since the publication of his last book, “My Favorite Warlord,” winner of an Anisfield-Wolf Book Award.

In 2013, Henry Louis Gates Jr. praised Gloria’s poetry by remarking on his own keen interest in genealogy. The Anisfield-Wolf jury chair located a kinship in the poet’s exploration of our origins “as a key to the present [that] is compelling, addictive, and – in the best circumstances – generative. It is this last quality that is evident on every page.”

Gloria, 62, is deeply attuned to heritage and displacement. Arrivals and departures cycle through all four of his considered, beautiful and nimble poetry collections.

“My Favorite Warlord” opens with “Water,” a 39-line poem that took Gloria five years to write. Reading it now, it seems to flow toward the new book, “Sightseer in This Killing City.” The poet Yusef Komunyakaa identified “a playful exactness” in Gloria’s first collection, “Drivers at the Short-Time Motel,” which remains just right describing this new work.

The speaker of the title poem, “Sightseer in This Killing City” is in Dallas:

When I arrived, I saw the grassy knoll
Down that killing square. My cousin sick
and so I came with only Roethke’s line:
‘On things asleep, no balm.”

This poem may be set in Texas, but the book’s sensibility is informed by the troubling ascendancies of Philippines President Rodrigo Duarte and the U.S. President Donald Trump, both elected in 2016. The title poem ends, “And tomorrow is the past,/a gurney’s wheels squeaking/dry and violent through contagious halls.”

Democracies in the hospital, perhaps, the world a place of contagion, which “smiles wide as elevator doors.” The dis-ease is clearly infectious, leaving the reader, like a voter, to puzzle this out.

Gloria, born in Manila as his parents’ youngest child, grew up on both sides of the Pacific Ocean after his family settled in San Francisco. He has traveled widely but has lived mostly in the Midwest, the last two decades as a professor at DePauw University in Greencastle, Indiana.

In the 48 poems of “Sightseer in This Killing City,” there is an exquisite, erudite, yet plain-spoken care with language from a poet well-read across continents and centuries. Snippets of verse from William Shakespeare and Charles Baudelaire crop up; so does a line from an Al Green song.

Anisfield-Wolf winning poet Marilyn Chin observes that Gloria’s new book tells unsettling stories “that praise ordinary people.” This is exactly right, including people on buses and those waiting in terminals. Poet Rigoberto Gonzalez calls the experience “a blessing to have Eugene Gloria help us reckon with the troubles histories that shape America [and] the Philippines.”

The new collection’s first poem, “Implicit Body,” ends stunningly by re-purposing a rift from a Stevie Wonder song. Gloria writes: “Call me Mr. Gone / who’s done made / some other plans./All that remains is nostalgia/and this aching torso of blue.”

One innovation is a persona Gloria calls Nacirema. The poet explains that the name “comes from artist Michael Arcega’s clever use of nomenclature as a way of examining Filipino American identity as well as his repurposing of Horace Miner’s essay ‘Body Ritual Among the Nacirema,’ from American Anthropologist, 1956.

The issue of the magazine published a few months before little Eugene was born in the capital city. It is a continuing pleasure to dwell in the worlds, and work, that child has wrought. 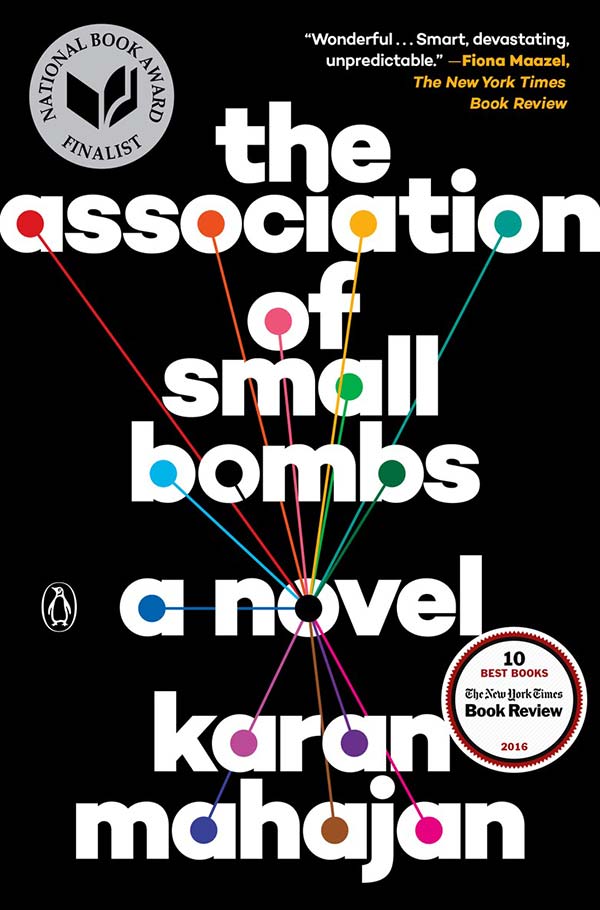 Anisfield-Wolf Fellow Zachary Thomas has sparked an idea that is igniting across Northeast Ohio.

In 2016, as a sophomore at John Carroll University, Thomas pioneered a creative writing program for youth incarcerated in an Ohio juvenile detention center. Writers in Residence began as an idea to reduce recidivism by bringing adolescents behind bars together with college students to build long-lasting relationships and build up self-expression.

The idea germinated from the example set by Carroll Ballers, an older student initiative using basketball as an entry point for fun, food and mentorship among the residents of juvenile detention facilities and undergraduates.

Inside these centers, Thomas quickly learned that residents had few chances to write. Authorities allowed no pens or paper in private quarters. If a resident wanted to put down a thought, a prison staffer would hand over a crayon.

After Thomas’ mother died, the 18-year-old Washington D.C. native turned to writing to uncover “what my heart needed to feel, what my mind needed to understand.” Thomas thought it might work as a similar catharsis for young residents bottled up in a place where emotions run high.

So Thomas enlisted the help of trusted allies at John Caroll: professor Philip Metres, and friends Anthony Shopolik, Rachel Schratz, and Michalena Mezzopera. Together, they cooked up a pilot writing workshop to see if the idea had legs.

The first session got off to a bumpy start. “No one talked. That was really scary,” said Thomas, now 23. “But they were seeing what we were about. Which is fair, because we’re coming into someone’s home, so to speak. We’re strangers, so they have to vet us.”

“We go for 12 weeks and by that ninth week we’ve gotten so close to the residents that we’ve become a family together,” Thomas said of the weekly sessions. “That puts us in a place to empathize, but also see them for who they really are.”

The student volunteers and incarcerated peers spend their 90-minute sessions discussing short pieces of literature, connecting the art to the one another’s lives. The offenses are sidelined, unless the residents themselves volunteer why they are locked up, Thomas said. “I don’t know why they’re in there. I’ve never asked. That’s not my priority. I’m more interested in who they are.”

To build trust with the residents, the program requires a strict commitment from volunteers, ensuring that the same faces show up week after week.

“We want people who are going to be reliable forces,” Thomas said. “For a lot of the residents, they don’t have a lot of that. They build their day or week around it. For you not to come, you disrupt their whole world.”

The residents themselves have found value in the program. “It lets us open up with what is easy to write rather than say,” one wrote in the post-workshop survey. “[It’s a] respectful environment where we can speak openly.”

Toward the end of the 12-week program, residents see some of their writing published in a chapbook, available as a free download on Writers in Residence website. (A physical copy is also available for sale.)

“The first time we [published the chapbook], one of the residents read his name and said, ‘This is regal,” Thomas said. “His work was on display. That act of being published gave him the realization. It’s a good feeling to have. It’s your own hard work.”

The spring 2019 chapbook features Lucille Clifton-inspired poems and a smattering of “six-word memoirs,” among other short pieces. In one of the poems, a resident writes: won’t you celebrate with me for I/ have been taking care of and raising/ babies since I was six and being in/ here is the only break I’ve had.

Another offers: I don’t know how to begin this/ Life is a gamble.

Writers in Residence expanded this spring to Oberlin College, embedding the program in the Lorain County Juvenile Detention Home. It will encompass programs based in three more colleges during the fall semester: the College of Wooster, Youngstown State University and Hiram College.

“It was a lucky day when professor Phil Metres left me a message asking if the Cleveland Foundation might help with a program in the Cuyahoga Hills Juvenile Correctional Facility,” said Karen R. Long, manager of the Anisfield-Wolf Book Awards. “That led to meeting Zach Thomas and attending one of his Writers in Residence sessions. I was floored by the authentic friendship and joshing vulnerability among the young men. And I was struck, as a literary critic, that the writing they did together was of such a high caliber.”

Thomas, who draws a salary through a Cleveland Foundation grant, will work as the liaison between the schools and the detention centers. He wants to ensure the expansion programs stay laser-focused on the youth they serve.

“[The residents] have a strong BS meter,” he said. “A lot of people can talk, but you have to come through with some action.”