Close
Attendees at the Cleveland Foundation’s annual meeting May 10 got a colorful taste of literature in motion. The Tri-C Creative Arts Dance Academy previewed their work, “Hidden,” a vibrant period piece inspired by Margot Lee Shetterly’s “Hidden Figures,” our 2017 Anisfield-Wolf Award winner for nonfiction.
Now this coming Friday and Saturday, the academy will present their 2017 Spring Dance Concert, performing “Hidden” in its entirety.
The Creative Arts Dance Academy is a year-round dance program for students ages 4 – 17, and it’s quickly becoming a premier center for dance education in Greater Cleveland. The Cleveland Foundation, our parent organization, supported the expansion of the dance academy’s programming with a $300,000 grant earlier this year.
This weekend’s performances begin at 7:30 p.m. at the Tri-C Theatre (11000 Pleasant Valley Rd, Cleveland, Ohio 44130). Tickets are $20 presale and $25 on the day of the performance. Details and tickets are available here.

Set a reminder for the national broadcast premiere of “Good Luck Soup,” a 2016 documentary which tracks the multigenerational story of the Hashiguchi family and the ramifications of the Japanese interment during World War II. The film features a mesmerizing Cleveland family and became a breakout hit at the Cleveland International Film Festival, where it was the Anisfield-Wolf featured movie last year.

Filmmaker Matthew Hashiguchi centers “Good Luck Soup” on his grandmother, the 91-year-old matriarch Eva Hashiguchi, who spent three years in an Arkansas internment camp as a teen. Through interviews, historical footage and personal mementos, Hashiguchi chronicles three generations of Asian American life in the aftermath of that deprivation of liberty for some 140,000 Japanese Americans and Japanese Canadians.

“The way my family has dealt with these issues was through laughter, through positivity,” the director said in a telephone interview. “I don’t think they’ve let bigotry or prejudice hold us back. It’s made it possible to not let the past hurt so much. My grandmother, she always looks for the light.”

The film, edited to a 56-minute version, will be broadcast on PBS and World Channel, May 9-14, as part of Asian Pacific American Heritage Month. Click here to get local broadcast times. 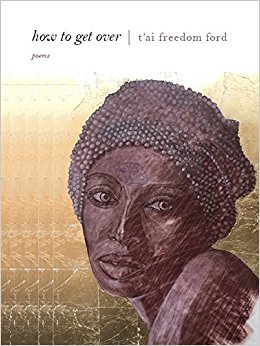