Richard S. Dunn is a professor emeritus of American History at the University of Pennsylvania, where he founded and directed the McNeil Center for Early American Studies. He was born and raised in Minneapolis, the son of an academic. From adolescence, Dunn knew that he wanted to be a scholar.

After graduating from Harvard in 1950, Dunn earned a master’s at Princeton, where he completed his doctorate in history in 1955.

After two years teaching at the University of Michigan, Dunn joined the faculty of the University of Pennsylvania, rising to lead its history department, win its Lindback teaching award and edit its Early American Studies series of books. He won a Guggenheim fellowship, another from the American Council of Learned Societies and a third from Queen’s College, Oxford University.

Dunn’s book Sugar and Slaves has become a classic work in West Indian studies. It galvanized Dunn’s interest in what slowly became A Tale of Two Plantations: Slave Life and Labor in Jamaica and Virginia.

More than 40 years in the making, A Tale of Two Plantations is a scrupulous, revelatory archival investigation of some 2,000 people enslaved across three generations: roughly half on a Jamaican sugar plantation called Mesopotamia and half on Mount Airy, a Virginia tidewater plantation growing tobacco and grain. This research allows Dunn to ask about enslaved motherhood, the effects of interracial sex on the meaning of family and how individuals fared upon emancipation.

Gracefully written and meticulously documented, the book conjures the final three generations of New World slaves into complex people, starting from the plantation ledgers that had listed and regarded them as mere property. 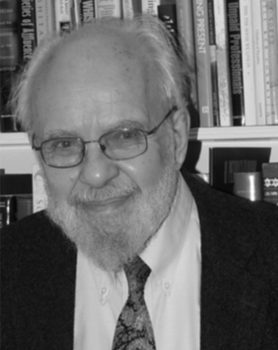